You are invited to ride on the first brevet marathon in 2018 organized by Randonneurs Croatie.

Start and finish is in Zadvarje, a small town between Brela and Šestanovac, situated on the rocks above Cetina river canyon.

I will not specifically describe the route, take a look on the map and gpx records. I recommend many climbs and slopes of the karst field with a lot of views of Biokovo and Mosor, the mountains that separate the costal area of Adriatic from the Dalmatian Zagora, and of the Adriatic sea and the south Dalmatian islands.

Helmet, front white and rear red light, and reflective vest are mandatory for the ride during the night and poor visibility conditions, and will be subject to inspection before and during the brevet.

Entry fee is 80 kn. For all official finishers there will be available for order commemorative medal at the price of 70 kn. You can submit your application until March 22nd at midnight. In your application include your first and last name, postal and email address, year of birth and cell phone number you intend to use during the brevet. Submit your application (here) sibabic (at) gmail (dot) com.

Randonneurs Croatie invites you to the brevet BRM 1000 km Sveta Nedelja 2017 organized for the very first time in Croatia. The not very challenging route starts at the Ante Starčević square in Sveta Nedelja, on Thursday, August 24th at 6:00 pm. There are nine check points along the route: Ozalj, Slunj, Delnice, Sisak, Koprivnica, Toplice Sveti Martin, Nova Gradiška, Breznički Hum and Sveta Nedelja. Total of 1,010 km and about 5,800 m of climbing. Time limit for brevet this long is 75 hours, meaning that all the randonneurs reaching the finish line before 9:30 pm on Sunday, August 27th will become official finishers. 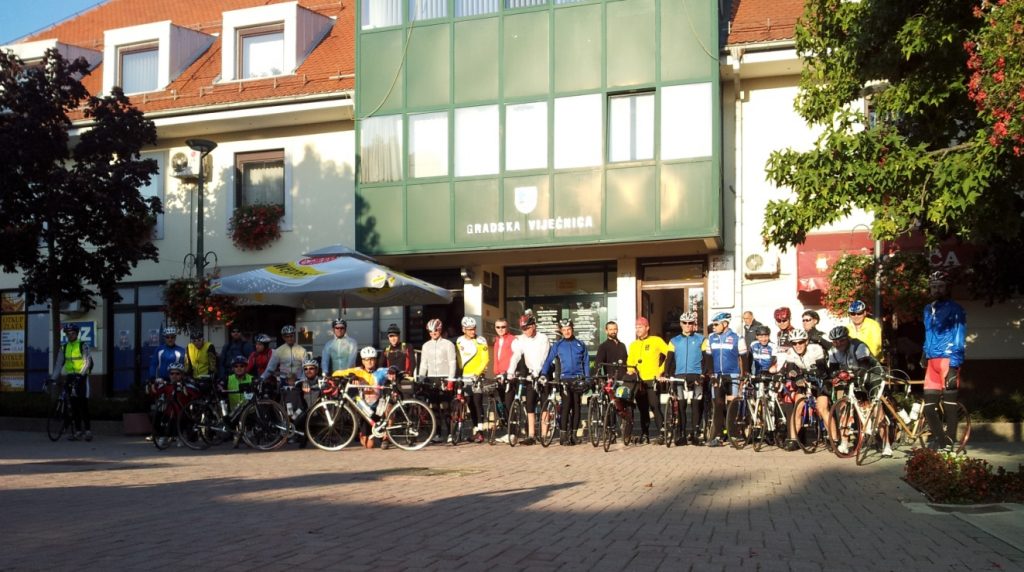 In check point Toplice Sveti Martin for all participants there will be organized sleep over, with showers, a meal and a bag drop. A bag, weight not exceeding 5 kg, should be handed over at the registration. 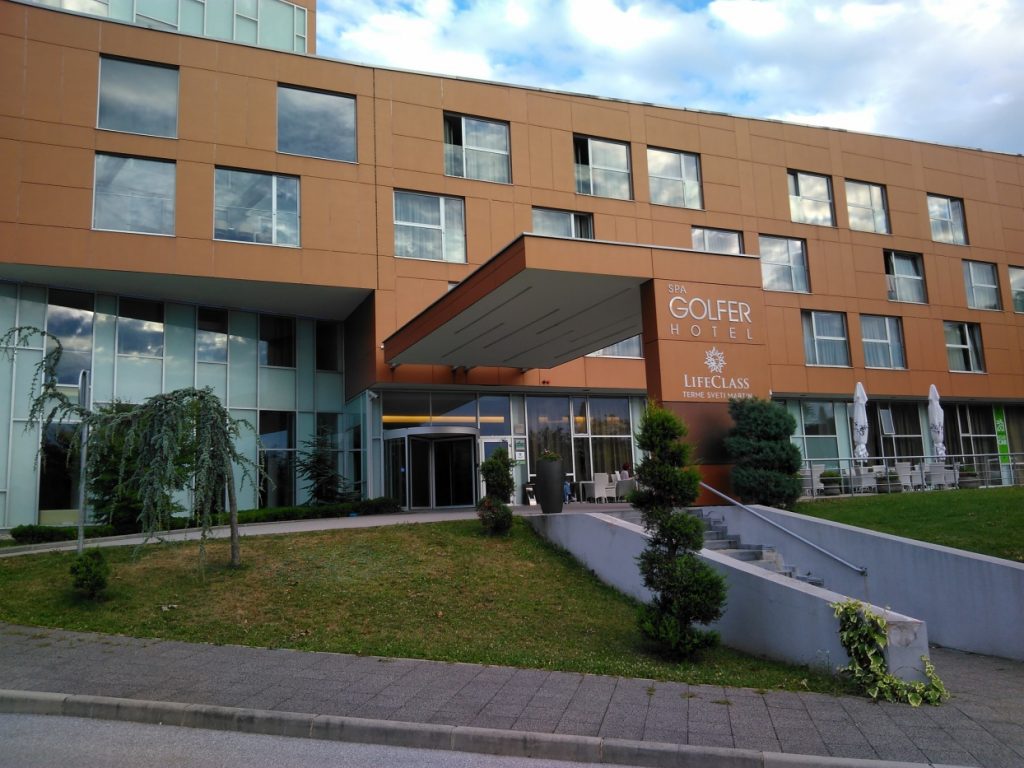 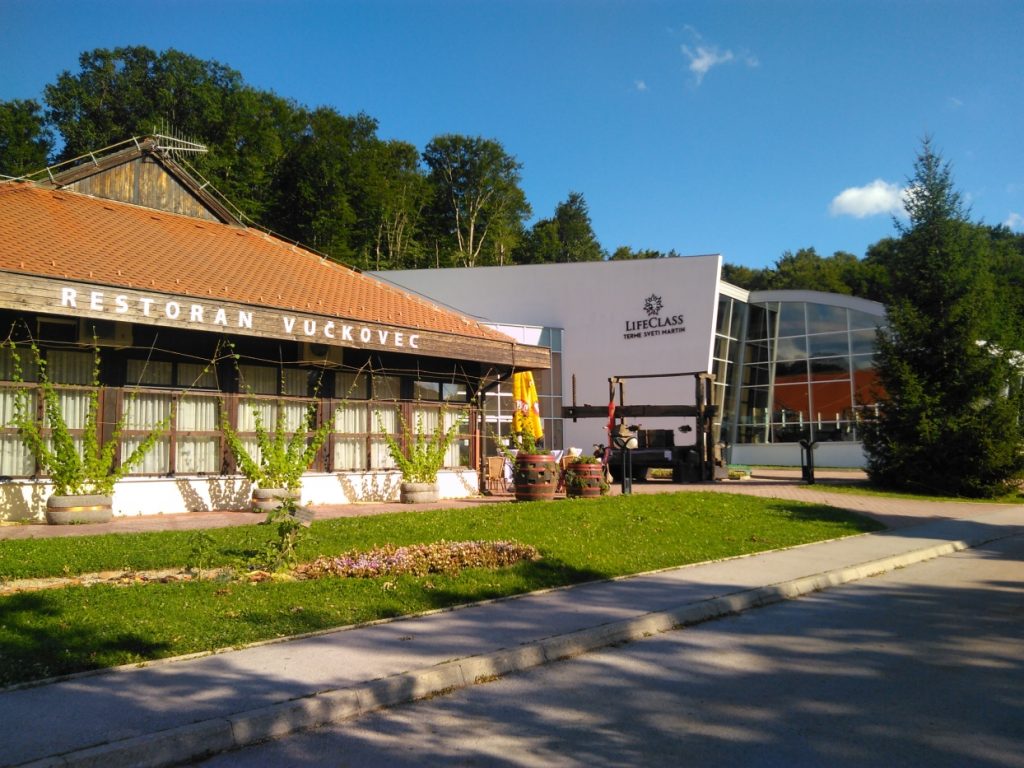 Upon successful finish, all participants will get a meal and possibility to take a shower at the Sport center Sveta Nedelja.

Helmet, front white and rear red light, and reflective vest are mandatory for the ride during the night and in case of poor visibility conditions and will be subject to inspection before and during the brevet.

See you at the start!

Cycling brevet ride of Randonneurs Croatie at the territory of the other state is not a novelty. Patent for that is Ares heritage first, Neno second. I’m just the third on such kind of list so far.
Though not seen, ideas for brevet tours are being created a long time before their realization. Idea for riding to Kamniško – savinjske Alps was born in late July last year during excursions when I was seen parts of the route. What’s in the program you will see if you look at the map and the height profile. Then you will be able to notice that on a 321 km long drive you can expect a lot of beautiful views and new places and also you will have to have a climbing. Let’s hope for nice weather!
So, departure is on Saturday, June 3 at 6:00 in front of Café Bar Romansa in Bregana, Samoborska ulica no. 8. Coffee will be open in the morning before departure so for coffee, tea, etc. there will be no problem.
From there, the recommended direction runs through the border crossing of Bregana – Slovenska Vas to the Republic of Slovenia. Do not forget to bring a personal ID or passport because that your brevet would not last less than a kilometer. Further you will need to drive to Čatež, then across Sava River in Brežice and further in the direction of Krško. From Krško to Radeče will be driving on the left bank of the Sava so that the river will be on your left. Except traffic conditions, try to take care of the few castles overhanging the river and numerous dams that correct the river flow. I wonder sometimes why we not have dams in Croatia.
From Radeče to Zidani Most, you will continue to drive through the Sava Valley, cross the Savinja mouth and climb slightly towards Hrastnik and Trbovlje. At 77th Kilometer we will say hello Sava River for now, and at 78th Kilometer we will certify the cartons at the first checkpoint in Okrepčevalnici Zarja, in Zagorje ob Savi. Name Sava is everywhere.
The next, almost thirty kilometers will follow the bicycle through two smaller ascents. After the first, we will arrive in the Motnišnica creek valley, and after another, a bit more serious, enter the Savinja River valley that descends from the Kamniške Alps towards Sava River (Again!).
From 115 to 151 kilometers expect exclusively climb. First slight and the last 7 km a bit steeper to the Pavličevo sedlo pass, at 1338 m above sea. This will be another, photographic, control point.
In continuation should be back and not ride across the border to the Republic of Austria. At the end of the steep downhill part of the slope, should enter the National park Logarska dolina. The entry for cyclists, pedestrians, runners and electric cars is free of charge. Taking the right turnovers we need to go through the whole valley and then stop at the 170th kilometer at the Penzion Na Razpotju. There we will certify the cards a second time with a stamp and eat something from the offer of local cuisine.
To the end we will ride just downhill, almost. From the Logarska dolina to the right and next to Savinja through Solčava, Ljubno ob Savinja … We will not go back the same way that Savinja River should be traced further through Mozirje, Ljubija, Letuš. Between Prebold and Trbovlje we will have to cross over to Podmeja pass on 229th kilometer, at 747 m above sea level. I had to justify word almost from first sentence of this passage.
Through Trbovlje we will return to the Sava Valley and through the Hrastnik to retrieve Radeče by the same way. We will drive to Krško this time along the right bank of the river, and Sava will again be on the left. In Krško we will cross the river and reach the way we came and with easy ride going to the finish line. Some will do it even easier if they going into some cake factory for krem rezine.
You need to arrive to the finish line no later than Sunday, June 4 to 2:00 AM.
Though the days are longer everybody will finished in daylight. Therefore, the front and rear lights and reflective vest, with the right bicycle and helmet from the start, are a mandatory part of the equipment.

Entry fee is 100 kn. For all official finishers there will be available for order commemorative medal at the price of 70 kn. You can submit your application until June 1st at midnight. In your application include your first and last name, postal address and email address, year of birth and cell phone number you intend to use during the brevet. Submit your application  (here) sibabic (at) gmail (dot) com .

We will repeat the curriculum of brevet a bit. OK, not all, just some of us.
We will drive 600 km as last fall. Hopefully, honestly, I hope that everyone who starts will be finisher. Namely, this extraordinarily route announced for the second Saturday of last October came to the bragging voice because of nobody finished in the first attempt. This is my second brevet project with this title.
Let’s look at the bright future and I’ll overwrite some of my own autumn announcement. Do not sue me for an plagiarism!
The route leads from the first seconds of Saturday May 20th, from Sv. Nedelja through Kerestinec to Rakov Potok, Jastrebarsko, Karlovac… After Karlovac you will ride on the famous state road D1 to Zaton Obrovački and the first control on the 230th kilometer.
After warm meal at the restaurant ANITA you will drive along the coast to the northwest through Starigrad, Karlobag at the main road and reach the second control point in a mountain hut at Alan.
In continuation you will trip to the northwest along the coast to Jadranovo and via Križišće on the last long climb to the Gornje Jelenje where you can wave goodbye to the sea for this time.
The third checkpoint is planned for the gas station INA in Delnicama that works non-stop. From Delnice to Sv. Nedelja road is well known for the Croatian randonneurs and their guests. Delnice – Ravna Gora – Vrbovsko – Karlovac – Jastrebarsko – St. Nedelja.
So, as always when driving 400 and more kilometers except the correct bike you must be equipped by helmet, reflective vest, white front and red rear lights. Without that equipment start on brevet will not be allowed.
In the case of the bad forecast for coast under the Velebit mountain start will not be held. During the first night hours you can supply at gas stations that working nonstop in Karlovac, Turanj and Slunj. In return, late at night, you can supply at the stations in Senj, Crikvenica, Delnice and Karlovac.
On should finish by 16:00 on Sunday May 21st.
Entry fee is 100 KN. For all official finishers there will be available for order commemorative medal at the price of 70 KN.
You can submit your application until Thursday, May 18th at noon. In your application include your first and last name, postal address; email address, year of birth and your cell phone number– submit your application  (here) sibabic (at) gmail (dot) com.

See you at the start!

Posted in News | Comments Off on Invitiation to BRM 600 km Sveta Nedelja 2017.